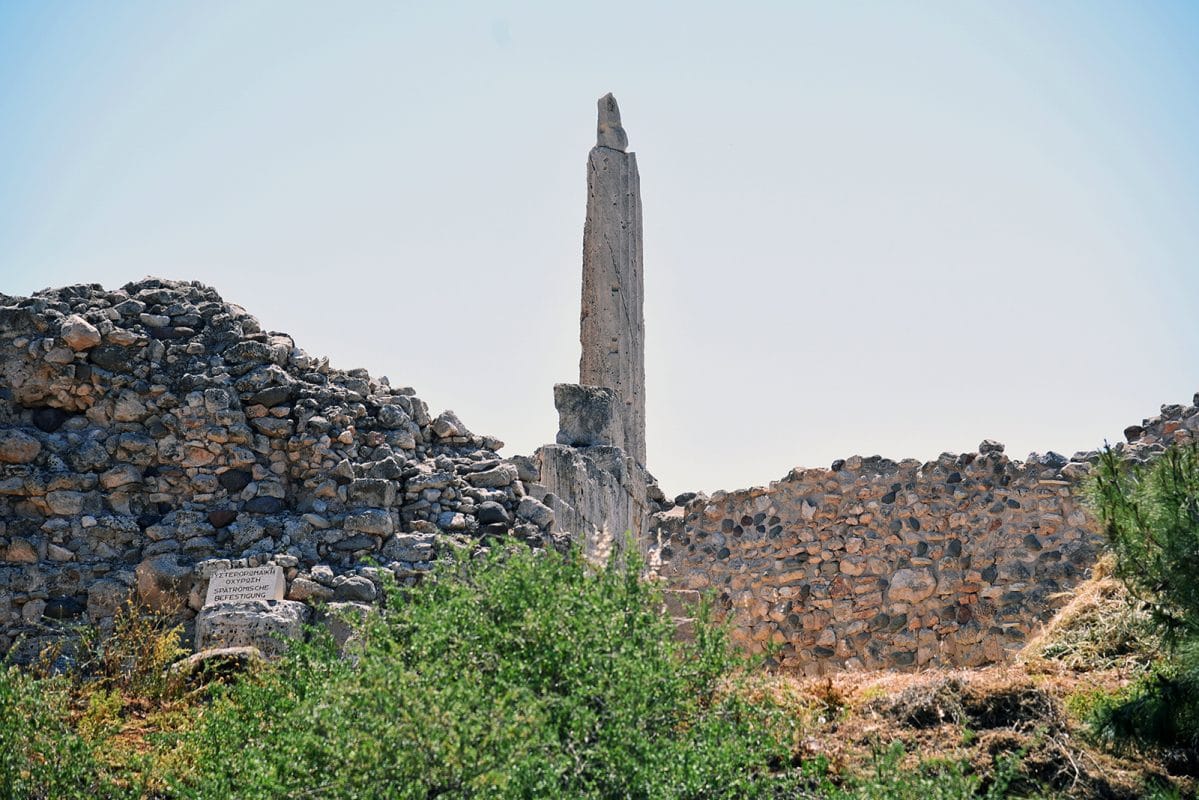 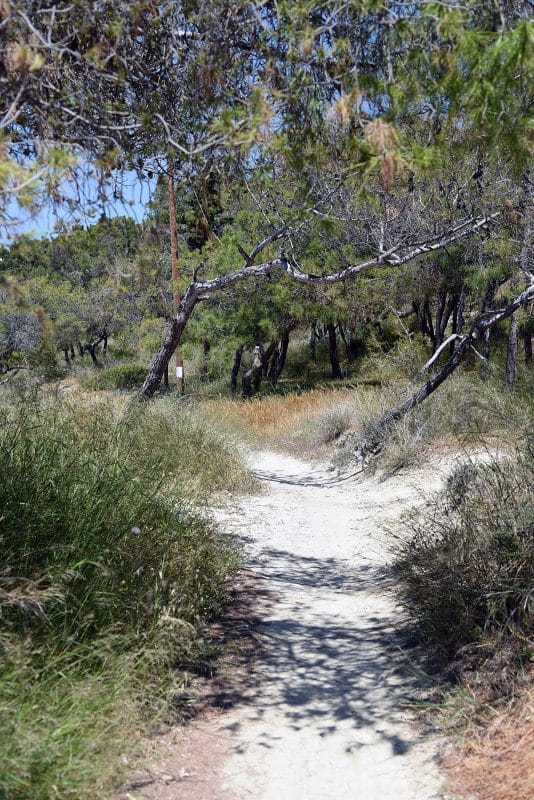 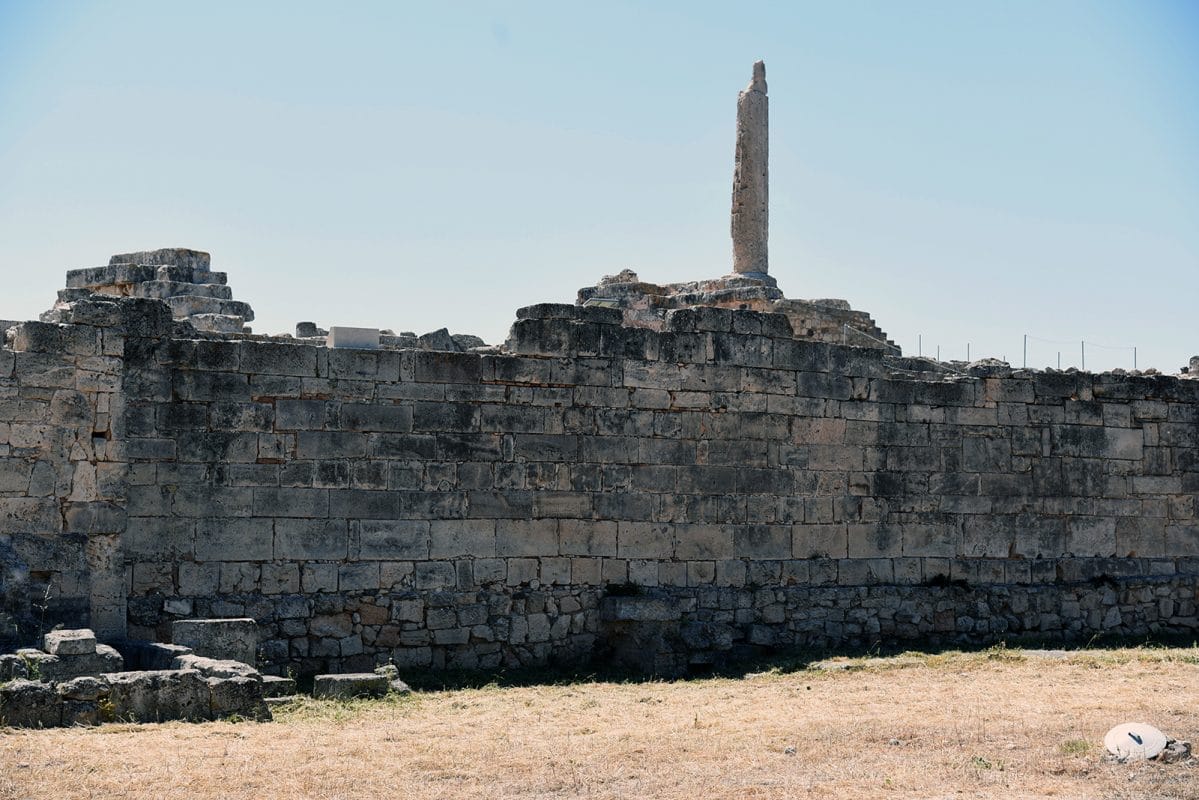 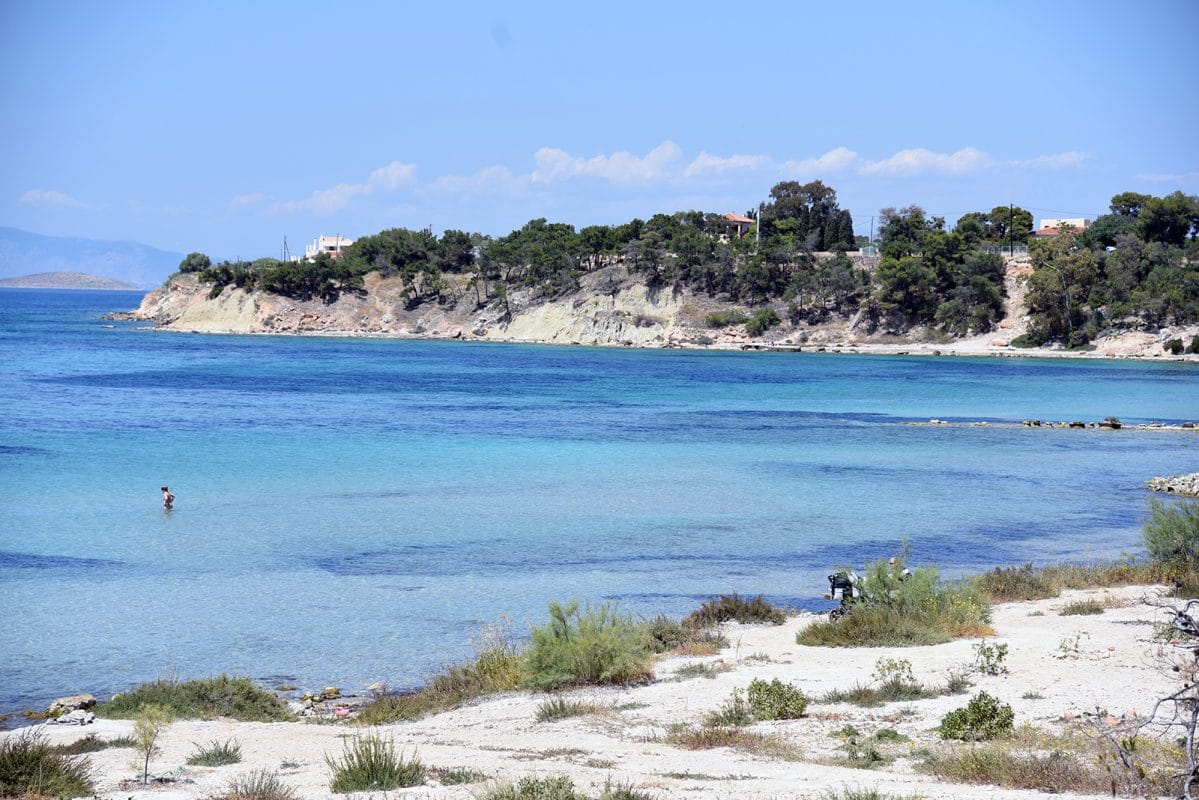 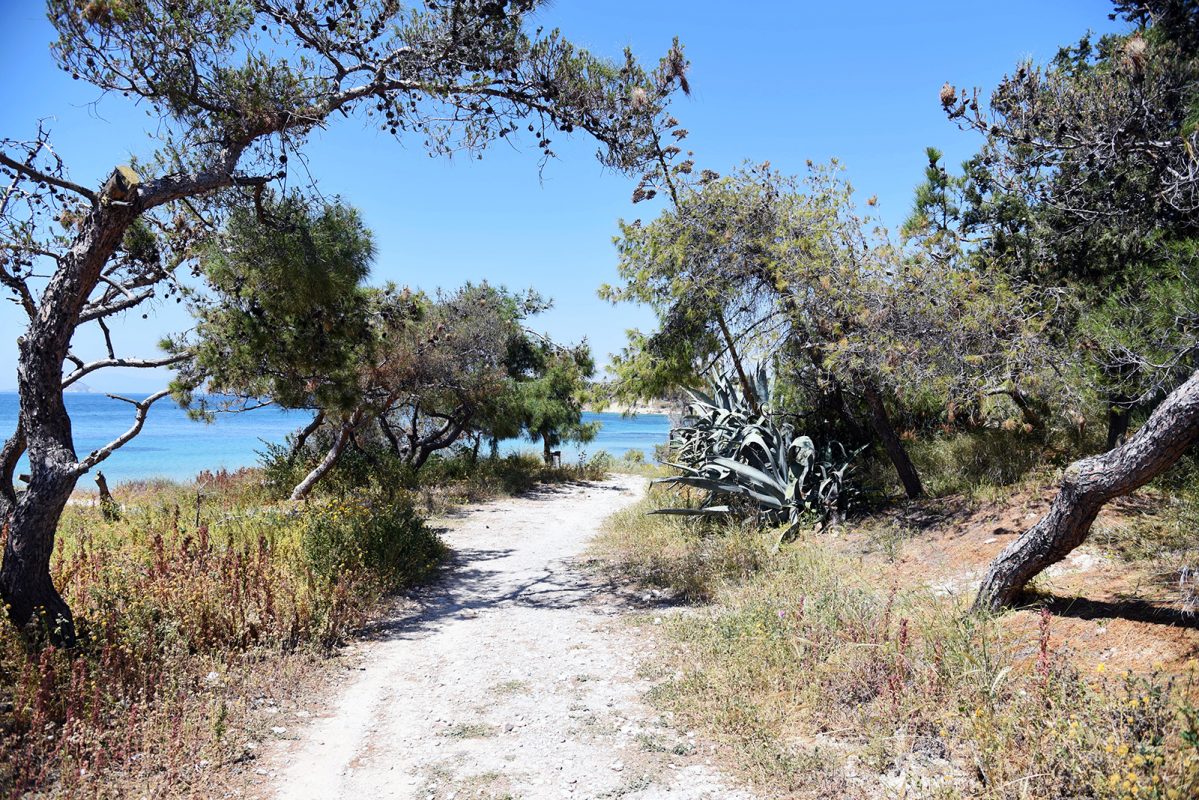 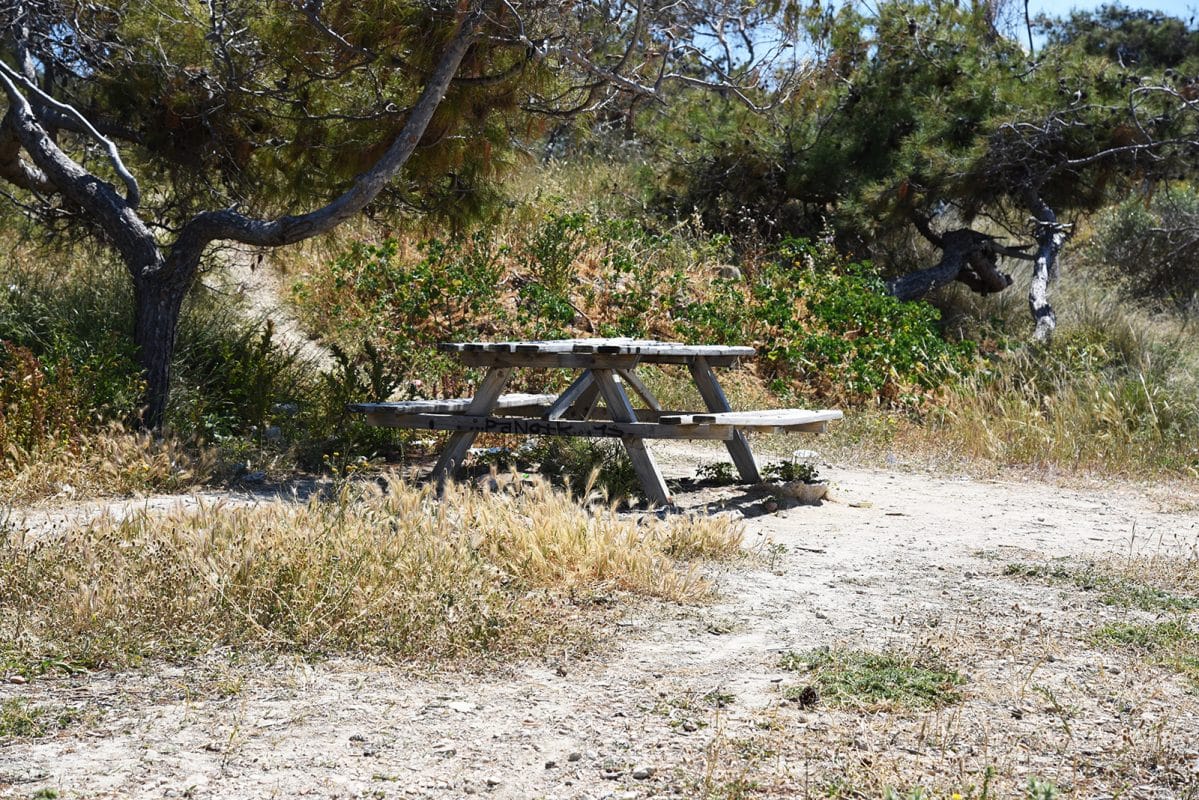 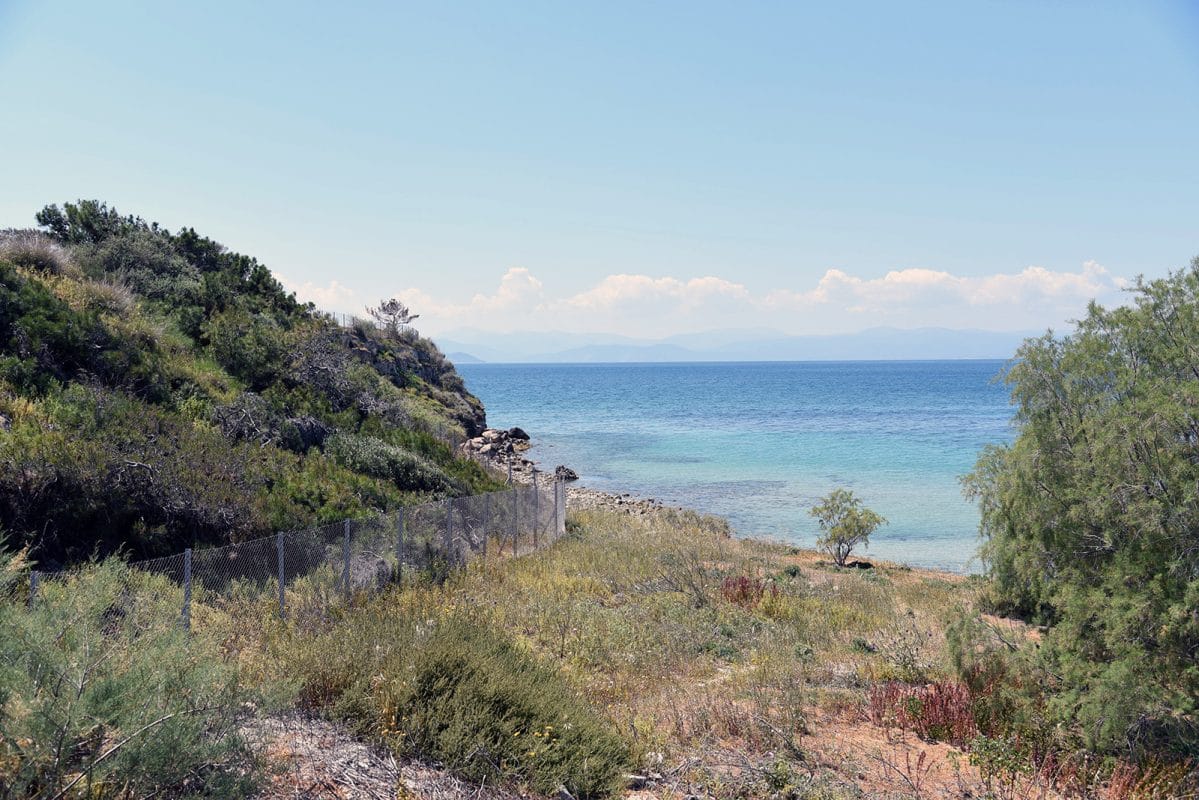 Kolona Aegina and the historic hill of the island

The pivotal role of Aegina since antiquity is confirmed by another major landmark, the Kolona. The archeological site of Kolona is very near the port, less than 10 ‘ walking distance as you come out of it to the left.

Of this former religious and political center of the island, now survives, among other things, a column (height 8m) belonging to the archaic temple of Apollo from which the attraction took its name. It is said that the Venetian sailors used the columns of the Temple of Apollo for orientation.

The Acropolis of the island

The hill of Kolona Aegina was the Acropolis of the island from prehistoric times (3000 BC) or even earlier up to the ancient times when it was worshiped as a sacred place.

Excavations at Kolona Aegina indicate the long usage of the site: starting with an Early-Helladic and Middle-Helladic settlement, followed by constructs of the Mycenaean era, walls from different periods, towers, piers, aqueducts, the Temple of Apollo, perhaps the temple of Poseidon, the temples of Thesmophoros Demeter, Artemis, Dionysus and Hecate, the Bouleuterion, the Aiakion, the Attaleio, a Theater, a Stadium and many impressive tombs. Also, according to archaeologists there are some remnants of Byzantine buildings too. More specifically, according to Pausanias, Aiakion was the tomb of Aiakos while the Theater was comparable to that of Epidaurus. Within the archaic tombs golden pieces of jewelery were found, which are today exhibited in the British Museum.

The Doric Temple of Apollo

One of the most important buildings of the archaeological site of Kolona was undoubtedly the Temple of Apollo from which only one column survives today, which defines the entire landmark. According to reports, the temple of Apollo was Doric, built of local limestone and featured 11 columns down its length and 6 columns along its width. The temple pediments (made of Parian marble) depicted the legendary Amazon Wars.

The construction of the Temple (6th century B.C.) was completed before that of the famous temple of Parthenon, which automatically makes it a find of great importance. Its operation was halted in 354 A.D. by mandate of the emperor Constantine since it was considered  paganistic.

The discoveries from underneath the Kolona

Below the site of Kolona were the outer, the commercial and the military (Kryptos=concealed) ports, where the Aegineans hid their triremes; in the 8th century Aegina was a great naval power. The ports were protected by walls or breakwaters, traces of which still remain below the sea surface.

The town was partially destroyed several times in its history and every time new buildings were erected on the ruins. In the 10th century AD The city was destroyed by Saracen pirates and the inhabitants, in search of security, relocated to the interior of the island, where they founded Paleochora.

Excavations continue to this day

The first excavations at the archaeological site of Kolona began in the early 19th century and continued with greater intensity in the early 20th century when they provided us with more information about the existence and usage of the site. Excavations are continuing even today since it is believed that there is much yet to be discovered.

The Kolona is visitable and open for the public and connected via a gateway to the archeological museum of Aegina where various significant findings are exhibited (ceramics, clay figurines etc.)

Beach Bar Cafe on the northern part of the island 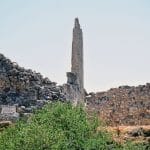 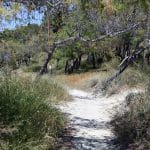 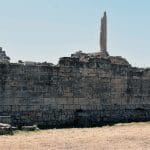 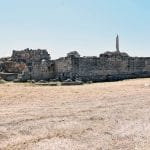 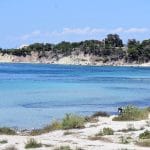 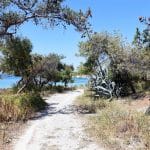 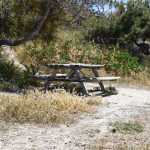 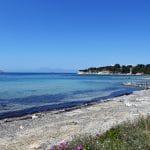 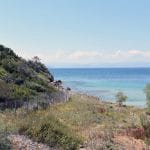